Sorry, but no chance. I have to cure my voice.

A trip to Nilópolis, a city in the Rio state, showed me once again how samba is influencing the people’s life and their understanding of their world/surroundings. 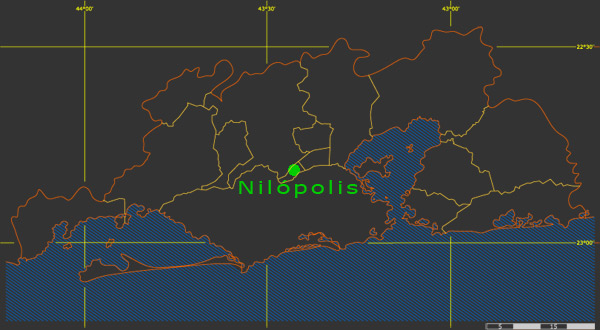 — So far … everything was fine with me.
Walking around with friends they were introducing their district to me. The first thing was the big sculpture of the Beija-Flor and right away we stepped into the world of Samba. (accidently?)
Knowing that I am an architect and having this site here, they explained the history and development of NilÃ³polis. Two growth spurts were noticed: In the 70s and the last 5 years. The reason they gave to me was the results of the Beija-Flor School of carnival. It is true that the school won in 1976, 1977, 1978, 1980, 1983, 1998, 2003, 2004, 2005 e 2007. So twice they won in 3 consecutive years the carnival: in the 70s and in the beginning of the millennium, which is a special honour.
According to my friends the city of NilÃ³polis has not only grown because of the results, but also increased taxes, suffered a boom of real estate and commercialization of the whole city and an overall of increase in richness and wellness. And that all due to samba!
Checking the internet I found out that the facts are true, but I have my doubts on the causes of these facts. 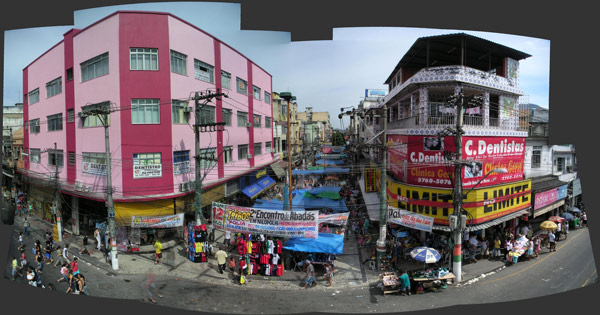 The 1970s:
The Human Development Index (HDI), which is a comparative measure of life expectancy, literacy, education, and standard of living for countries worldwide, increases from the 1970 to 1980 for 0.25 points to 0.73. (To give you a reference: high HDI is more than 0.8 and a low HDI is above 0.5.) But this could be due to anything. The increase is nothing extraordinary comparing it to other districts of the carioca metropolitan area. The same can be observed of the increase of inhabitants in the region.
Lucia Mazzillo Costa already talked about the real estate boom in the 70s in Rio.

The Beginning of the Millennium:
Rioâ€™s politics about urbanism is on a good way to make people live outside of the centre which is â€“according to them- already bursting. One of the alternatives is to donate people living on illegal ground a â€˜house in the countrysideâ€™ including the a basket with the minimum food every month (the famous 1R$-mini houses of â€˜morar legalâ€™). This might be another way to obtain more votes, but I donâ€™t believe it a valuable solution for the situation in Rio.
The other reason might be the middleclass looking for calm condominios (alphavilles/watched communities) with reasonable prices – causing an increase in irresponsible traffic problem, since public transport is not the best.
Even though when in 1858 the connection to the Central (the main station in Rio) caused the first big nucleus of NilÃ³polis with former farmers working in the city, today this connection is so slow that going to Rio spoils the whole day. You need a car or take the bus to work in Rio.

But still I like that way of thinking. Samba seems always an easy melody but it is full of tragedy but it gives the people the will to survive.

One thought on “Different Points of View – Influence of Samba”