The results of the on-line poll can be read here following the system:
your occupation living in country of residence “what is communication for you?„.
But I made some audio ones, too, including opinions by Andrea Jabor (dancer/choreographor), Barabara Lubich (sociologist, movie maker, dancer), Jose Tannuri (artist), Didier Vander Heyden (architect), Trajal Harrel (dancer/choreographer) … 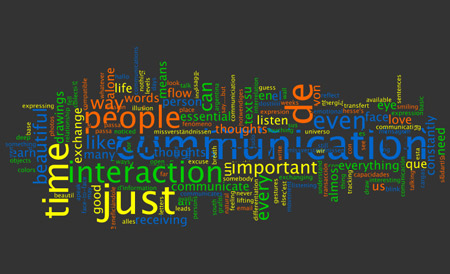 One thought on “what is communication for you?”